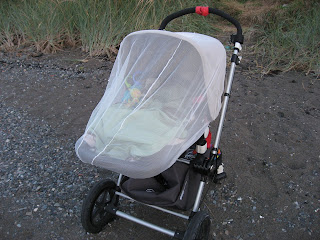 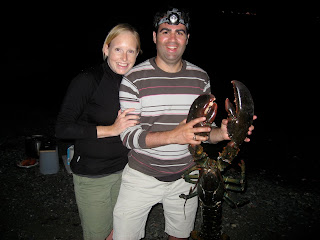 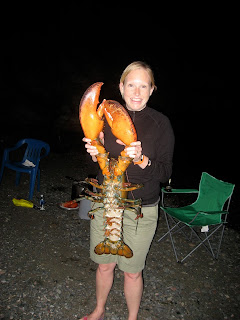 We are finishing up our time in Campobello Island, and during our week here we have tried to squeeze in as much island fun as possible. We had a beach cook-out one night, and feasted on lobster and scallops cooked on the fire. Xavier had fun playing in the sand and trying to eat rocks, until we put him to sleep in his stroller under the mosquito net. While there, a local fisherman came to show us the fifteen pound lobster they caught in their nets that day. We took pictures, then he threw it back into the ocean.
Posted by April at 2:48 AM 1 comment: 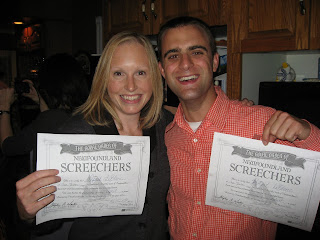 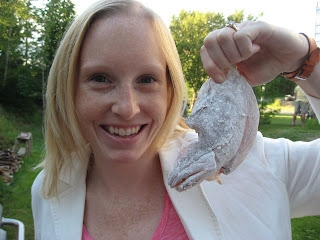 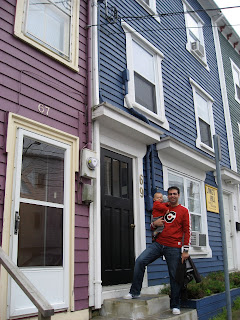 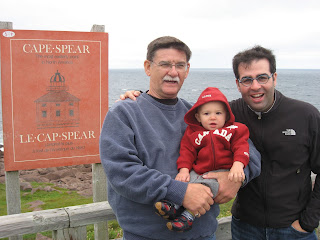 Our whirlwind tour of the Atlantic provinces (minus PEI) included a recent trip to St. John's for the wedding of Gilles' cousin. My first visit to Newfoundland was made official by being screeched-in along with other friends and family members. The bride's parents hosted the rehearsal party, and the father of the bride was the officiant of the screech-in. I performed the 'ceremony' with my brother-in-law, and we didn't fumble once on the tongue twister test saying. We kissed the cod, downed the screech, then certified honorary Newfoundlanders. Good fun!

We enjoyed some other Newfoundland experiences: visited Cape Spear, ate cod heads, stayed in a colourful house, and walked up and down the steep St. John's streets over and over again. We really enjoyed our visit, and hope to return soon to visit the soon to be opened restaurant of Gilles' sister and her boyfriend.
Posted by April at 2:17 AM 2 comments: 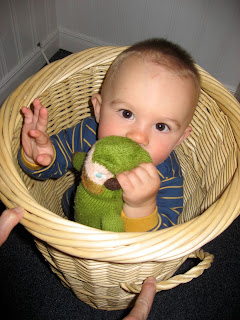 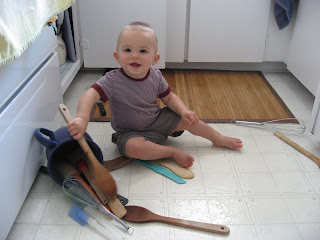 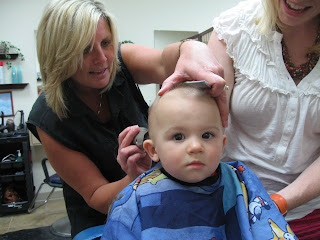 Our time in Miramichi is drawing to an end. It's hard to believe we have been here for five weeks! Gilles arrives on the weekend, and then we'll commence the nomadic part of our vacation: Halifax, St. John's, Campobello Island, and Cape Breton. We'll soon see how Xavier handles long car rides!

We have had a great time here, enjoying the warm days...although today was uncomfortably humid. We were all tempted to jump into the kid pool with Xavier in the backyard.

Here's a couple of pictures, including one of Xavier's visit to the barber.
Posted by April at 2:36 AM No comments: